Team GenY Medium will present (or re-present) some examples of instances, where companies have used social media to their advantage. One such recent incident is from the beleaguered Aviation Industry in India. Selection of routes, cities, connections etc. is an involved optimization task. How does an airline estimate which routes to pick and which to avoid. 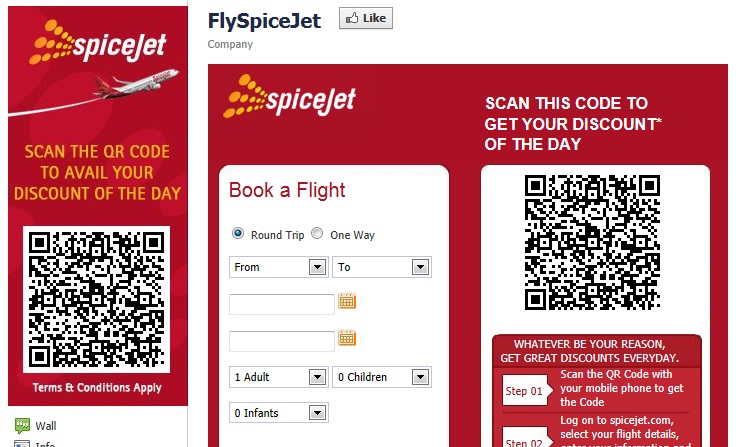 Well, given the propensity of airline travelers to use Internet actively, monitoring the online activity of these consumers can lead to cues and potent data.  A group on Facebook named “We want a working airport at Surat” which boasts of over 2000 members have been posting, blogging and commenting on the need for more connections from Surat. Seeing this consistent and growing demand on Facebook, SpiceJet has decided to connect Surat with Mumbai, Delhi and Mangalore. Is this an emotional response? Unlikely, because of 2 reasons.

First, all airlines are now thinking beyond the larger cities to Tier II cities. Surat is the second fastest growing city in India after Ghaziabad and is an important city in the fastest growing state in India (Gujarat). Data from social media networks such as Facebook in combination with these macro factors make a very strong business case for the selection of Surat in the list of new cities connected by SpiceJet.

SpiceJet’s Facebook page has over 300,000 fans and is a very active one – allowing users to discuss, comment and also book tickets. Better analytics, consumer demand understanding can lead to better prediction of load factors which today is the single biggest driver of profitability and sustainability for airlines. GenY Medium believes that digital media research and analytics is an important tool in the hands of marketeers as well as strategy folks to bring offerings more relevant to the consumers.